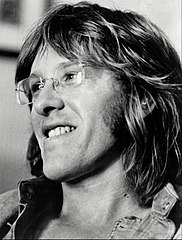 Kantner had the longest continuous membership with Jefferson Airplane; at times he was the only founding member still in the band from the original lineup, and was inducted into the Rock and Roll Hall of Fame with other band members in 1996.

Kantner died in San Francisco at the age of 74 on 28 January 2016 due to multiple organ failure and septic shock after he suffered a heart attack days earlier.