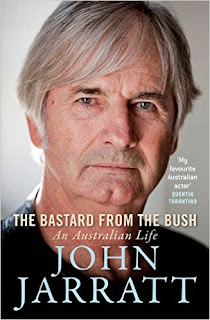 * John Jarratt rose to fame through his work in the Australian New Wave. He is best known for portraying the main antagonist Mick Taylor in the "taboo-breaking" Wolf Creek horror film series.

Jarratt graduated from the National Institute of Dramatic Art (NIDA) in 1973. His screen debut was in The Great Macarthy (1975). He also appeared in Peter Weir's Picnic at Hanging Rock (1975) and Summer City (1977) with Mel Gibson. Jarratt had the lead role in the mini series The Last Outlaw playing Ned Kelly in 1979.

In the 1990s, Jarratt was a presenter on the lifestyle television show Better Homes and Gardens with then-wife Noni Hazlehurst. He joined the cast of McLeod's Daughters in 2001, and left the show in 2006.

In 2005, Jarratt had a major role in the Australian film Wolf Creek, playing the villain Mick Taylor. In February 2013, Jarratt reprised his serial-killer role, filming the sequel, Wolf Creek 2. The film was released on 20 February 2014.

On 1 October 2015, Jarratt released his autobiography, The Bastard from the Bush, revealing that he was born at 3:30 a.m.