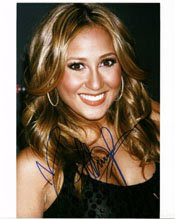 Bailon has Leo rising ruled by an angular Sun in the first degree of Scorpio conjunct its ruler Pluto. Just goes to show that a Sun-Pluto personality can thrive in leadership of a feline entity. You don't have to play a lioness, tapping into the cheetah archetype will do!