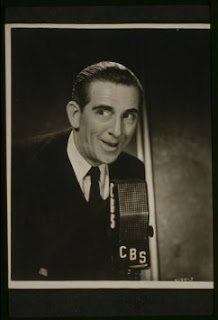 * Edward Everett Horton — best known to the Babyboomers and Gen-Xers as the venerable narrator of the "Fractured Fairy Tales" segment in the animated cartoon TV series, The Rocky & Bullwinkle Show (1959-1964) — had Mars and Mercury each devoid of Ptolemaic aspects while in mutual reception (yet separated by a wide-orbed and fracturing quincunx).

Jupiter (ruler of his Sagittarius Ascendant) was conjunct Uranus and the MC and opposite the Sun in Pisces — a great combination for a character actor.

Edward Everett Horton (March 18, 1886 – September 29, 1970) had a long career in film, theater, radio, television and voice work for animated cartoons. He is especially known for his work in the films of Fred Astaire and Ginger Rogers.

In 1962, he portrayed the character 'Uncle Ned' in three episodes of the CBS television series Dennis the Menace. In 1965, he played the medicine man, Roaring Chicken, in the ABC sitcom F Troop. He parodied this role, portraying "Chief Screaming Chicken" on ABC's Batman as a pawn to Vincent Price's Egghead in the villain's attempt to take control of Gotham City.