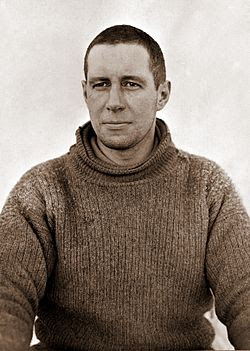 * Captain Laurie "Titus" Oates had the last degree of self-sacrificing Pisces ― and final degree of the icy and deadly Scorpio decan ― on his Ascendant. Oates is famous for his honourable suicide in Antarctica in 1912: afflicted with gangrene and frostbite, and aware his ill health was compromising his three companions' chances of survival, he chose certain death, supposedly telling them, "I am just going outside and may be some time," before walking out into a blizzard amid −40°C/F temperatures.

Captain Lawrence Edward Grace ("Titus") Oates (17 March 1880 – 17 March 1912) was an English Cavalry officer with the 6th (Inniskilling) Dragoons, and later on in his life an Antarctic explorer, who died during the Terra Nova Expedition. Oates, afflicted with gangrene and frostbite, walked from his tent into a blizzard. His death is seen as an act of self-sacrifice when, aware his ill health was compromising his three companions' chances of survival, he chose certain death.