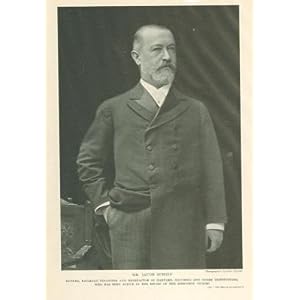 * A transcription of Jacob Schiff's birth record includes a birth time of five o'clock in the morning.

Jacob Henry Schiff (born Jakob Heinrich Schiff; January 10, 1847 – September 25, 1920) was an American banker, businessman, and philanthropist. He helped finance, among many other things, the Japanese military efforts against Tsarist Russia in the Russo-Japanese War.

Born in Frankfurt, Germany, Schiff migrated to the United States after the Civil war, and joined the firm Kuhn, Loeb & Co. From his base on Wall Street, he was the foremost Jewish leader from 1880 to 1920 in what later became known as the "Schiff era", grappling with all major Jewish issues and problems of the day, including the plight of Russian Jews under the Tsar, American and international anti-semitism, care of needy Jewish immigrants, and the rise of Zionism. He also became the director of many important corporations, including the National City Bank of New York, Equitable Life Assurance Society, Wells Fargo & Company, and the Union Pacific Railroad. In many of his interests he was associated with E.H. Harriman.

Schiff had Chiron, the North Node and Moon all at 23° Libra opposite Pluto and South Node at exactly 23° Aries, so we would expect him to reach a breakthrough at the age of 23 in 1870. This was the year he became a naturalized citizen of the United States.

Copyright Sy Scholfield. All rights reserved in all media.
Posted by astrodatablog at 12:00:00 pm