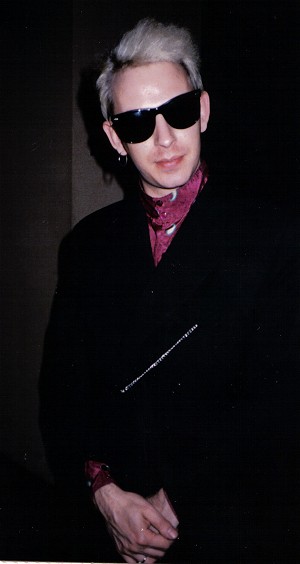 * Steven Severin (photographed in 1986, at left) was a co-founding member of English rock band, Siouxsie and the Banshees (1976-1996), along with vocalist Siouxsie Sioux.

Known as 'Steve Havoc' when he joined the Banshees, he took the name 'Severin' from the Leopold von Sacher-Masoch character that is the subject of the Velvet Underground song "Venus in Furs."

After the split of Siouxsie and the Banshees in 1996, Severin began a solo career and created his own label RE.