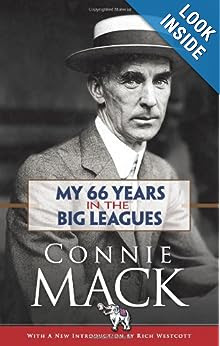 * Connie Mack ― "the Grand Old Man of baseball" ― was the longest-serving manager in Major League Baseball history. He was "born just before midnight" most probably with very late Virgo on his Ascendant. As a player he would needle batters to distract them, and as a manager he created a Code of Conduct for players (including the motto: "I will do my utmost to keep myself clean ― physically, mentally, and morally"). With Sun and Moon in a Capricorn stellium ruled by Saturn in Libra on the Ascendant, he was known as the "Tall Tactician."

Cornelius McGillicuddy, Sr (December 22, 1862 – February 8, 1956), better known as Connie Mack, holds records for wins (3,731), losses (3,948), and games managed (7,755), with his victory total being almost 1,000 more than any other manager. Mack managed the Philadelphia Athletics for the club's first 50 seasons of play, starting in 1901, before retiring at age 87 following the 1950 season, and was at least part-owner from 1901 to 1954. He was the first manager to win the World Series three times, and is the only manager to win consecutive Series on separate occasions (1910–11, 1929–30); his five Series titles remain the third most by any manager, and his nine American League pennants rank second in league history. However, constant financial struggles forced repeated rebuilding of the roster, and Mack's teams also finished in last place 17 times. Mack was elected to the Baseball Hall of Fame in 1937.

Norman L. Macht, Connie Mack and the Early Years of Baseball (University of Nebraska Press, 2007), pp. 11-12: "Mary went into labor in the house on Main Street on the evening of Monday, December 22. Mary McCarty was with her. Between the mother's pain-filled screams and the newborn boy's crying, they did not notice when the town clock struck midnight. But five-year-old Michael junior, shooed out of the house, had no doubts. 'It was definitely before twelve when I went around telling people I had a brother,' he recalled."