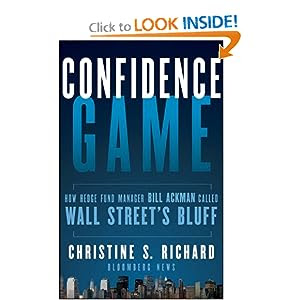 * What makes a billionaire and a philanthropist? Bill Ackman has an exact 8th-House conjunction of Pluto and Uranus in Virgo trine an angular Mars-Sun conjunction in Taurus trine his Capricorn Ascendant: An acquisitive and materialistic Earth Grand Trine. Neptune in Scorpio on his MC makes this Grand Trine into an angular Kite pattern. Neptune can dissolve one's funds, so Ackman has acted wisely by becoming a signatory of The Giving Pledge: committing himself to give away at least 50% of his wealth to charitable causes. WIKIPEDIA BLURB

William A. "Bill" Ackman (born May 11, 1966) is the founder and CEO of hedge fund Pershing Square Capital Management LP.

Ackman has given to charitable causes such as the Center for Jewish History to preserve Jewish genealogy where he spearheaded a successful effort to retire their $30 million in debt personally contributing $6.8 million. Ackman's foundation donated $1.1 million to the Innocence Project in New York City and Centurion Ministries in Princeton, N.J. The two groups are dedicated to investigating the cases of people who have been wrongfully convicted.

If you're enjoying these posts please consider making a donation by Paypal. Thanks.
Bill Ackman's angular Kite pattern