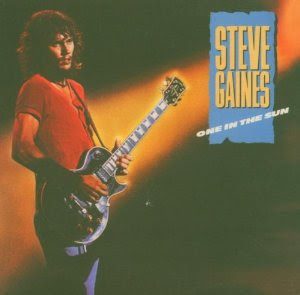 * Steve Gaines ― guitarist and songwriter for southern rock band Lynyrd Skynyrd ― had musical Neptune-in-Libra high in the sky, and conjunct his South Node and Part of Fortune.

Steven Earl Gaines (September 14, 1949 – October 20, 1977) was an American musician. He is most well known as a guitarist and songwriter for southern rock band Lynyrd Skynyrd,

Steve's guitar-picking and songwriting skills were a major revelation to the band, as proven on his one studio album, 1977's Street Survivors. Publicly and privately, Ronnie Van Zant marvelled at the vocal and instrumental skill of Skynyrd's newest member, claiming that the band would "all be in his shadow one day." Steve's contributions included his co-lead vocal with Van Zant on the co-written "You Got That Right" (a solid hit single released after the plane crash) and the rousing guitar boogie "I Know A Little" which he had written before he joined Skynyrd. So confident was Skynyrd's leader of Steve's abilities that the album (and some concerts) featured Steve delivering his self-penned bluesy "Ain't No Good Life" – one of the few songs in the pre-crash Skynyrd catalog to feature a lead vocalist other than Ronnie Van Zant.

On October 20, 1977, three days after the album, "Street Survivors" was released (and five dates into the band's most successful tour yet), a plane carrying the band between shows from Greenville, South Carolina to Baton Rouge, Louisiana, crashed outside of Gillsburg, Mississippi. The plane landed in a swampy area and crashed into trees. Gaines died from blunt-force trauma to the head; he was 28 years old and likely was killed on impact.