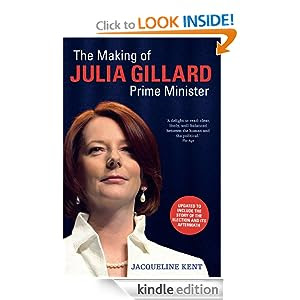 * Julia Gillard ― the Welsh-born first woman Prime Minister of Australia ― resigned her position on 27 June 2013 after losing leadership of the Labor Party in a spill the previous day. Gillard lacks fire in her chart but her Solar Arc moon moved into Leo soon after she became Prime Minister and at 2° 50" Leo on the day she stood down was closely quincunx natal Chiron (2° 46" Pisces), ruler of her Virgo MC.

Julia Eileen Gillard (born 29 September 1961) is an Australian politician who was the Prime Minister of Australia and Leader of the Labor Party from 2010 to 2013. She was the first woman to hold either position.

Gillard became the first female Deputy Prime Minister of Australia upon Labor's victory in the 2007 federal election, also serving as Minister for Education, Minister for Employment and Workplace Relations and Minister for Social Inclusion. On 24 June 2010, after Rudd lost the support of his party and resigned, Gillard was elected unopposed as the Leader of the Labor Party, thus becoming the 27th Prime Minister of Australia. The subsequent 2010 federal election saw the first hung parliament since the 1940 federal election. Gillard was able to form a minority government with the support of a Green MP and three independent MPs. On 26 June 2013, after a leadership spill, Gillard lost the leadership of the Labor Party to Kevin Rudd. Her resignation as Prime Minister took effect the following day.