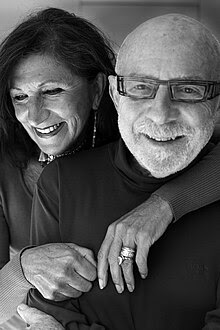 * Jef Geeraerts writes that he is a Pisces, born "at half past four in the afternoon. My ascendant is the Lion and this is a rare combination."

Jef Geeraerts was a colonial administrator in Belgian Congo. On the independence of the Congo he sent his wife and children back to Belgium and in August 1960 he himself returned to Belgium. During the next six years he was paid by the government (return program). After that time he needed to find a job to survive. He decided to become a writer and went to the University of Brussels to study Germanic languages.

When he had finished his studies he wrote his first novel, Ik ben maar een neger ("I'm just a negro"), which put him on the map as extremely controversial. He wrote more of these politically motivated colonial books before he started his Gangreen series. There are four parts, Gangreen 1 (Black Venus), Gangreen 2 (De Goede Moordenaar), Gangreen 3 (Het Teken van de Hond) and Gangreen 4 (Het Zevende Zegel). Later he became famous for his detective stories. Nowadays he is a celebrated crime-novelist and several of his books (De zaak Alzheimer and Dossier K) have been filmed.

Photo of Jef Geeraerts and his wife Eleonore Vigenon by Koen Broos.

Geeraerts has an interesting mutual reception between Mars and Uranus: "extremely controversial."