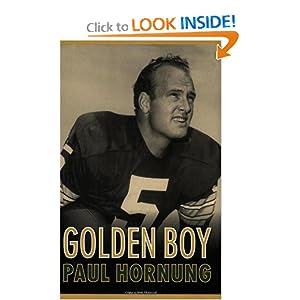 * In his autobiography, Paul Hornung writes that he was born at 7:05 a.m., but the Gauquelin Book of American Charts has 8:55 a.m., so we have two charts for him.

Paul Vernon Hornung (born December 23, 1935) is a retired Hall of Fame professional football player who played for the Green Bay Packers from 1957-66. He, O.J Simpson, and Earl Campbell are the only people to have won the Heisman Trophy, been selected as first overall National Football League draft picks, and been inducted into both the Pro Football Hall of Fame and College Football Hall of Fame.

A versatile player, he was a halfback, quarterback, and placekicker. Hornung was an excellent all-around athlete who also played college basketball.

Hornung was an outstanding athlete at Bishop Benedict Joseph Flaget High School in Louisville (now closed), having lettered four years each in football, basketball, and baseball. He was recruited by Bear Bryant at Kentucky, but chose to attend Notre Dame instead.

His book blurb states, "Paul Hornung was football’s “golden boy” — handsome, talented, and fabulously successful." This sounds like Sun on the Ascendant, consistent with the 7:05 a.m. chart. Both charts appear below.