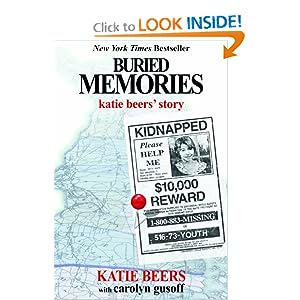 * Katie Beers, survivor of childhood kidnapping, captivity and violence, has released her auto/biography which includes her full birth data.

Katie Beers (born December 30, 1982) was kidnapped in New York in 1992 at age 9, by a friend of the family, and held in an underground bunker for seventeen days.

She disappeared on December 28, 1992, two days before her tenth birthday. She was lured by the promise of birthday presents to the home of John Esposito, a friend of her family. She left a message on her godmother's answering machine saying, "I've been kidnapped by a man with a knife." Esposito falsely claimed that she was kidnapped by a third party while at the Spaceplex indoor amusement park, but security cameras disclosed that Esposito entered Spaceplex by himself. She was held in a "6-foot-by-7-foot concrete bunker under his garage in Bay Shore, New York, concealed by a 200-pound concrete trap door." Beers had, along with others, played in the dirt displaced by the bunker as Esposito dug it. He told police that he had built the bunker for Beers.

On January 13, 1993, she was found alive in the bunker after Esposito led police to it. He was sentenced to 15 years to life, a sentence he is still serving at Sing Sing prison in Westchester County, New York. Although he was not charged with it, Beers later said that Esposito had raped her during her captivity.